Mount Calvary of the Wasservass Family 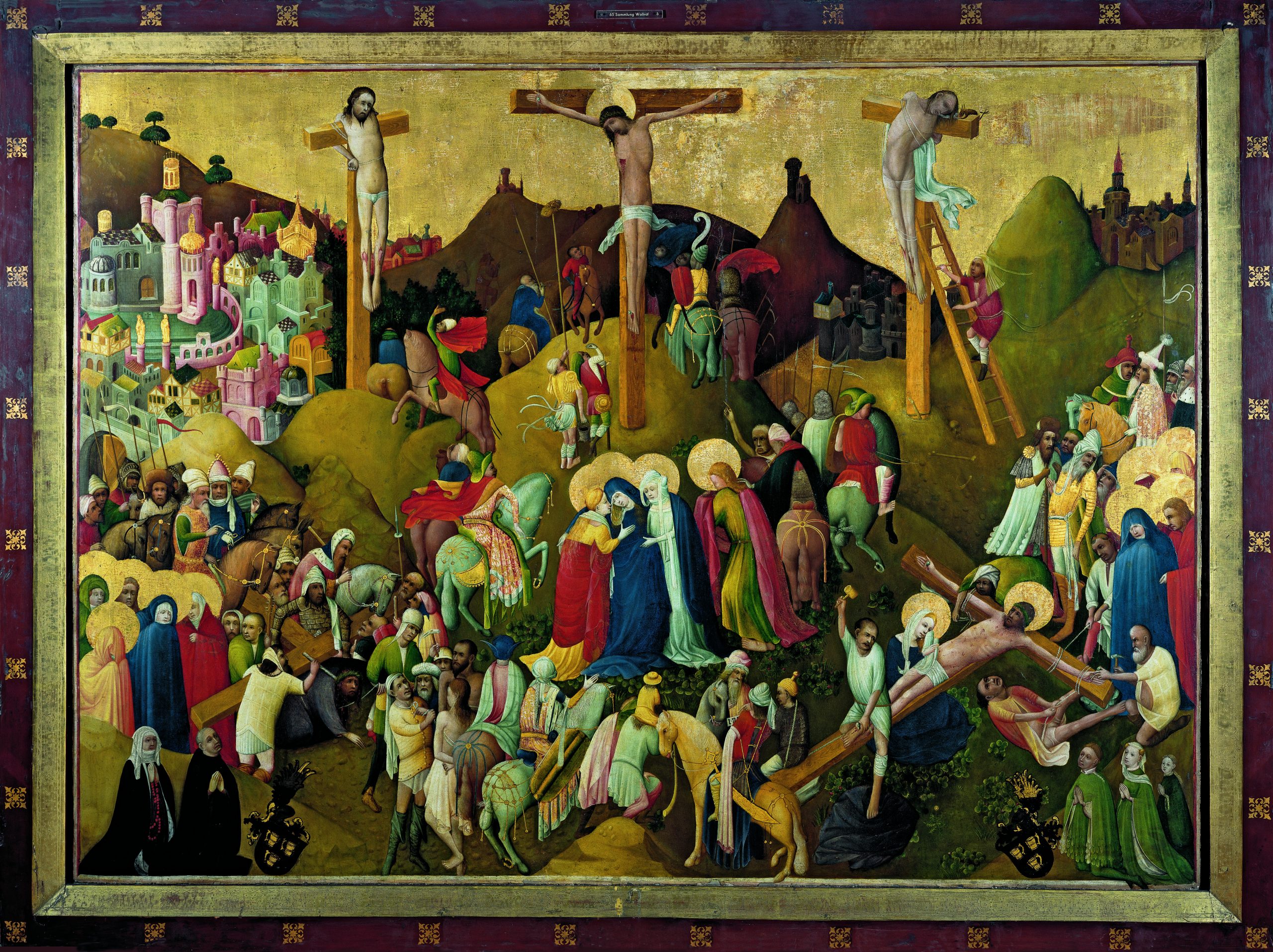 Crucifixion from a Bird’s-Eye View

Christ’s Crucifixion is shown here from above, from a kind of bird’seye view. The result is a panorama that invites the viewer’s eye to wander from one station of the story to the next. The route takes us from a colourful, almost fairytale Jerusalem (top left) to Golgotha, the place of execution. We see how Jesus collapsed under the cross and how he was nailed to it. And as he died on the upright cross, the countryside turned dark. Note how the sudden storm is rustling the soldiers’ tunics.

The donor family had itself portrayed in the lower corners of the picture. Gerhard von Esch (left) named himself »von dem Wasservass« after a house he purchased in 1407.