Still Life with Bunch of Aspargus 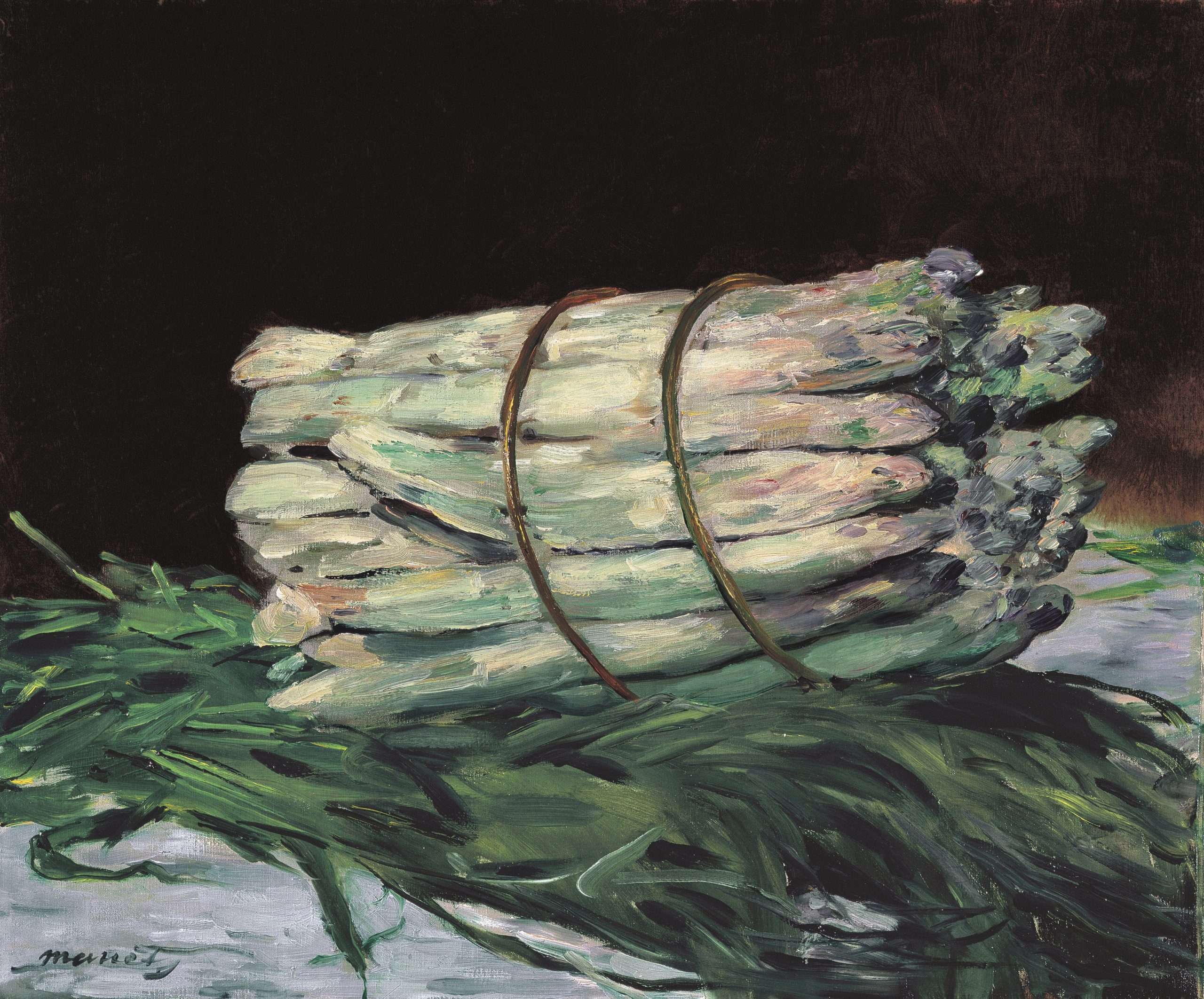 On the Insignificance of the Subject Matter

One can almost hear them: the stalks of the asparagus on their bed of green leaves as they rubbed together. For they are fresh, and have evidently just been cut. And with that the asparagus has been brought into the kitchen, bundled up by means of two birch switches, and is lying now on the table waiting to be prepared. But not before Manet swiftly immortalised it.

Manet regarded still lifes as finger exercises. They were always very simple in construction and far removed from the complicated arrangements of the 17th century Flemings and Dutch with their love of the ornate. A sliced ham on a plate with the knife lying in front, a single melon, three apples or four mandarins – that was enough for a painting. He was no specialist when it came to the art of still lifes, because he chiefly painted people. But naturally here, as everywhere, he was a virtuoso. In his hands the paltriness and lowliness of the subject matter was transformed into a treasure of colour. The lengths of asparagus have not been made to correspond to nature, but pieced together out of a wide array of whitish-yellow hues, with a few streaks of violet mixed in. These stripes lead into the equally subtle colouring of the mauve asparagus tips with their sprinkling of green. The leaves beneath reveal greys of every cast, from pale yellowish-grey to heavy shades of bluish-green. And finally the tabletop – which, as always in old-fashioned kitchens, must be envisaged with a good coat of white oil paint – comprises a whole spectrum of whitish shades of grey that merge with the violet reflection of the asparagus tips. It is clear that colour was one of Manet’s strong points.

Loan from the Kuratorium and Förderergesellschaft Wallraf-Richartz-Museum/ Museum Ludwig e.V., with support of the State of North Rhine-Westphalia and the City of Cologne
WRM Dep. 318