Self-Portrait in a Circle of Friends at Mantua 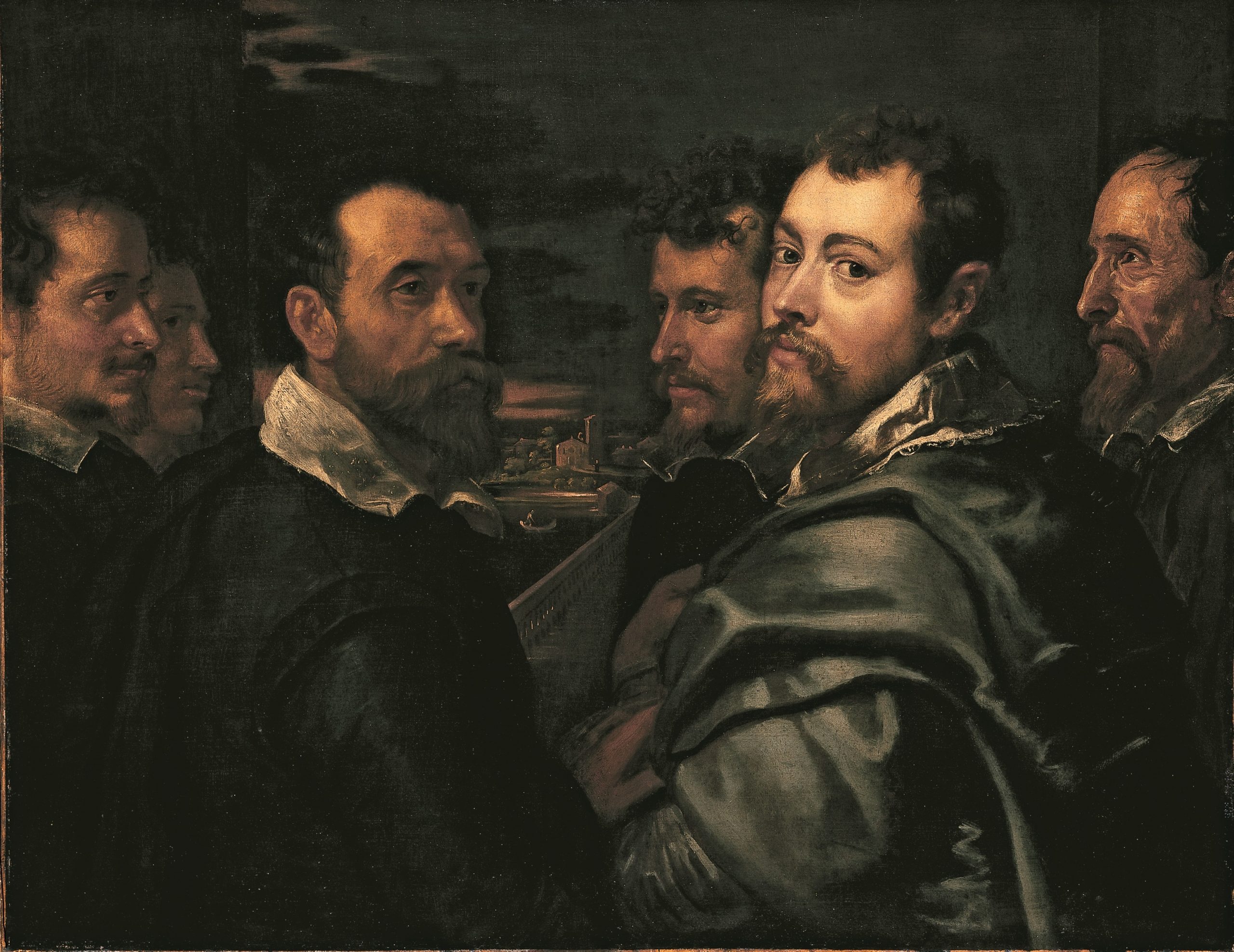 Rubens’ first known self-portrait. Glancing over his shoulder – capturing both a lively moment and the symbolism of artistic genius – the painter invites us into a noble circle of gentlemen. The Ponte di San Giorgio leading from the centre to the background shows that the location is the Palazzo Ducale in Mantua, northern Italy, where the 23 year-old painter had been called to the court of Duke Vincenzo Gonzaga. Sadly only two of the figures have so far been identified with certainty. On the left behind Rubens stands his brother Philip, to whom he was close. In profile on the right is their mutual teacher and mentor Justus Lipsius, a prominent philosopher from Leuven. Amidst the political and religious conflicts of the time, his neo-stoic attitude offered a non-demoninational moral and ethical code, to which Rubens also adhered throughout his life.

Lipsius never actually went to Mantua. So Rubens is seemingly depicting a spiritual, rather than actual fellowship. This is suggested too by the eyes of the men, looking in different directions, and the sense that they are unconnected, apart from the friendly gesture of the hand on Ruben’s arm. For many years it was thought that this figure was the Mantuan court painter Frans Pourbus II, while others suggested the astronomer Galileo Galilei. The evening sky reflects their intellectual preoccupations. The night was considered the best time for studying and contemplation. The young Rubens depicts himself proudly among this intellectual circle. A painted friendship album?