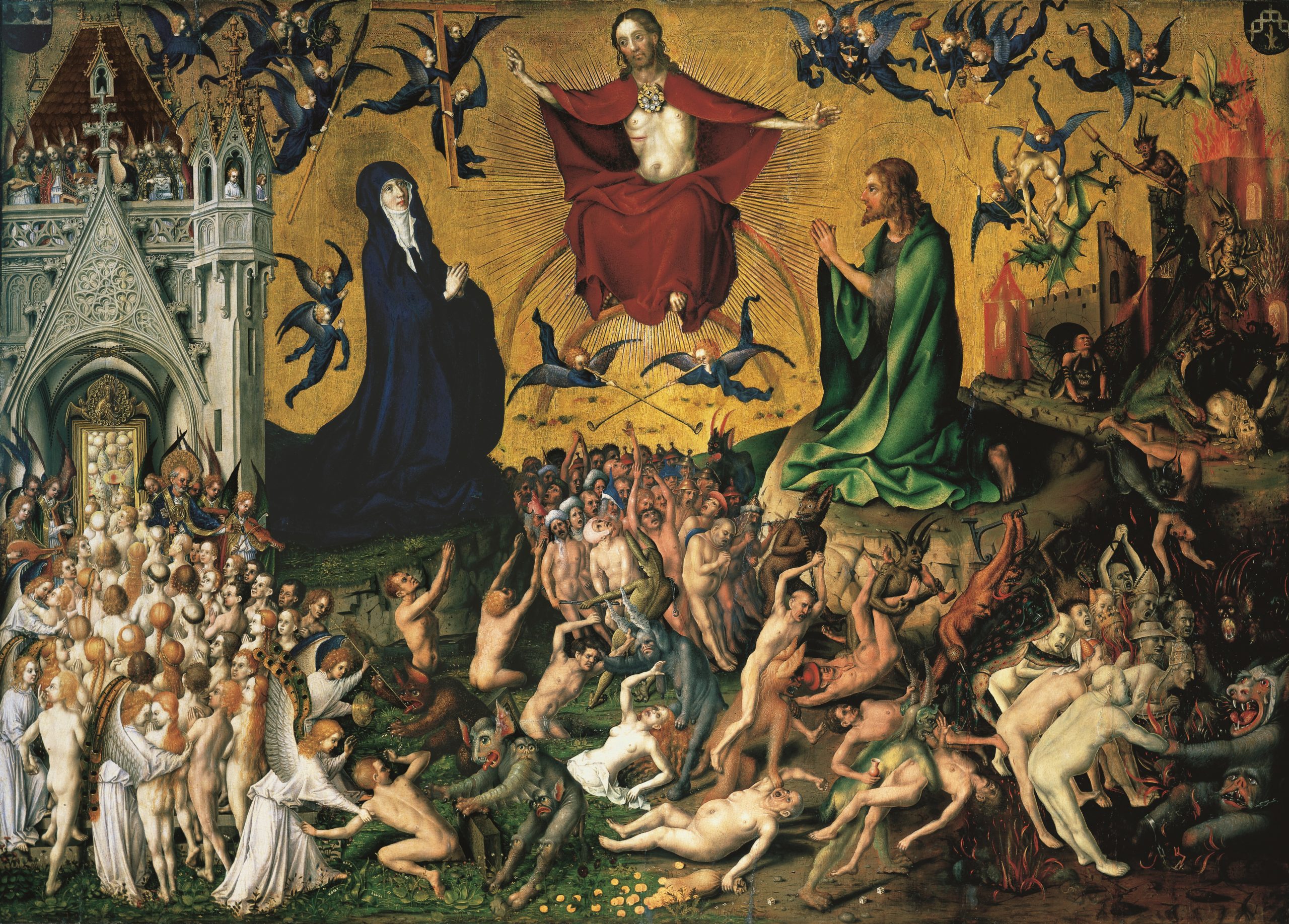 The Day of Reckoning

According to mediaeval thought, the end of time will herald the Last Judgement. Angels with trumpets will raise the dead from their graves and Christ will pass judgement over them as the “Judge of All". His mother, Mary, and John the Baptist, who had once announced the coming of Christ, are interceding on behalf of the resurrected people. A friendly smiling Peter has opened the golden Gates of Heaven for the good. Accompanied by the strains of angelic music, they are entering a Paradise whose architecture is curiously reminiscent of Cologne Cathedral. The wicked, on the other hand, are being dragged down by an enormous chain into Hell where they are tormented by frightful devils.