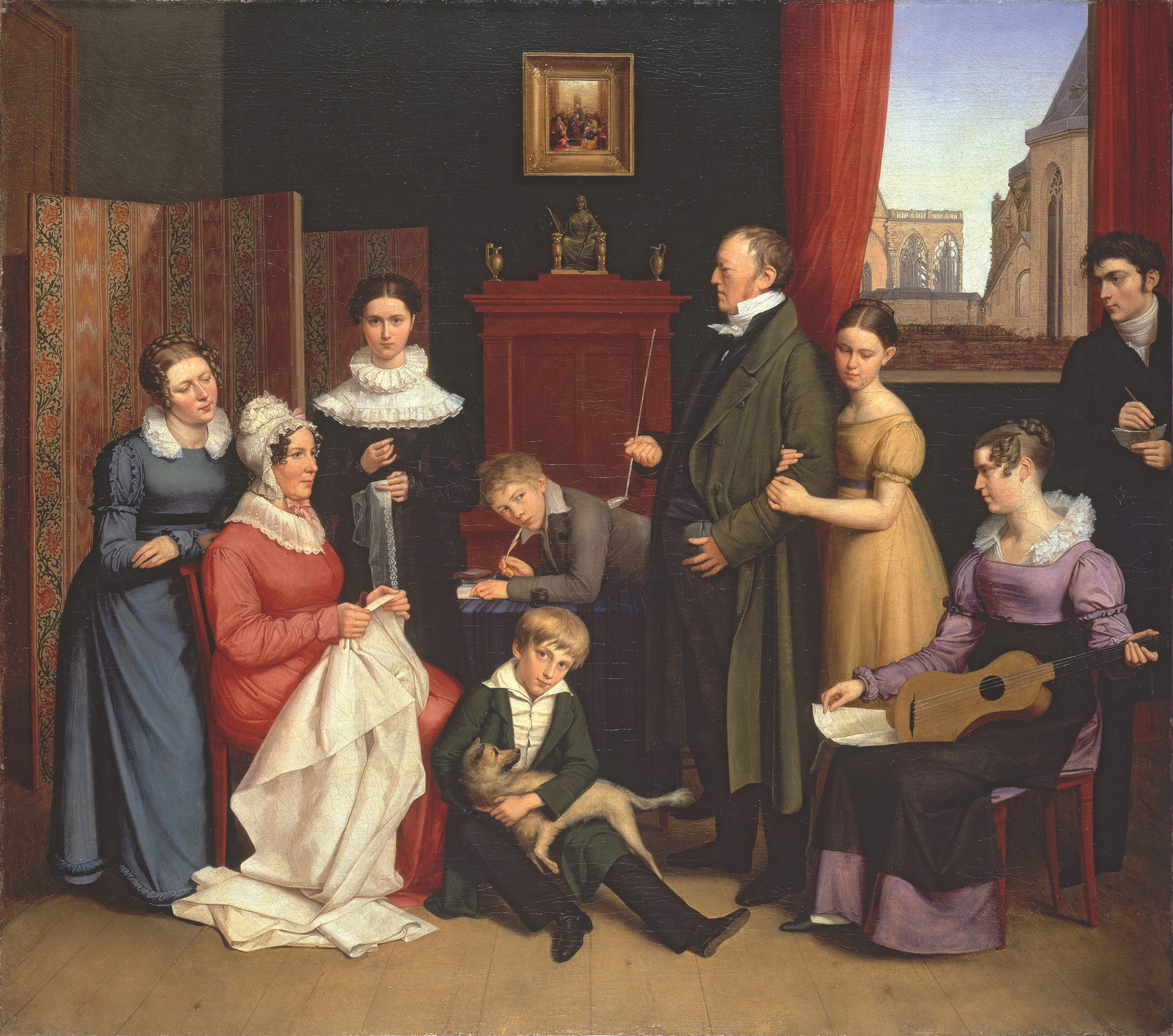 Carl Begas became a painter against the will of his father, who was President of the Supreme Court in Cologne. In this portrait of his own family, Begas depicts himself as an outsider on the right hand margin, observing his parents and his brothers and sisters. The strongly symmetrical composition of the work mirrors the fixed family structure in the bourgeois milieu. No one is smiling; neither a word nor a gaze is exchanged. The father repels his youngest daughter as she shyly attempts to nestle up to him, while the mother examines a piece of needlework by another daughter. Silence and industry were two of the main virtues in a Biedermeier housewife. The text »We are sitting together merrily«, on the sheet music held by the daughter with the guitar, is a sarcastic comment on the bourgeois family idyll.

Will the daughter in the blue dress also surrender to this strict regime?