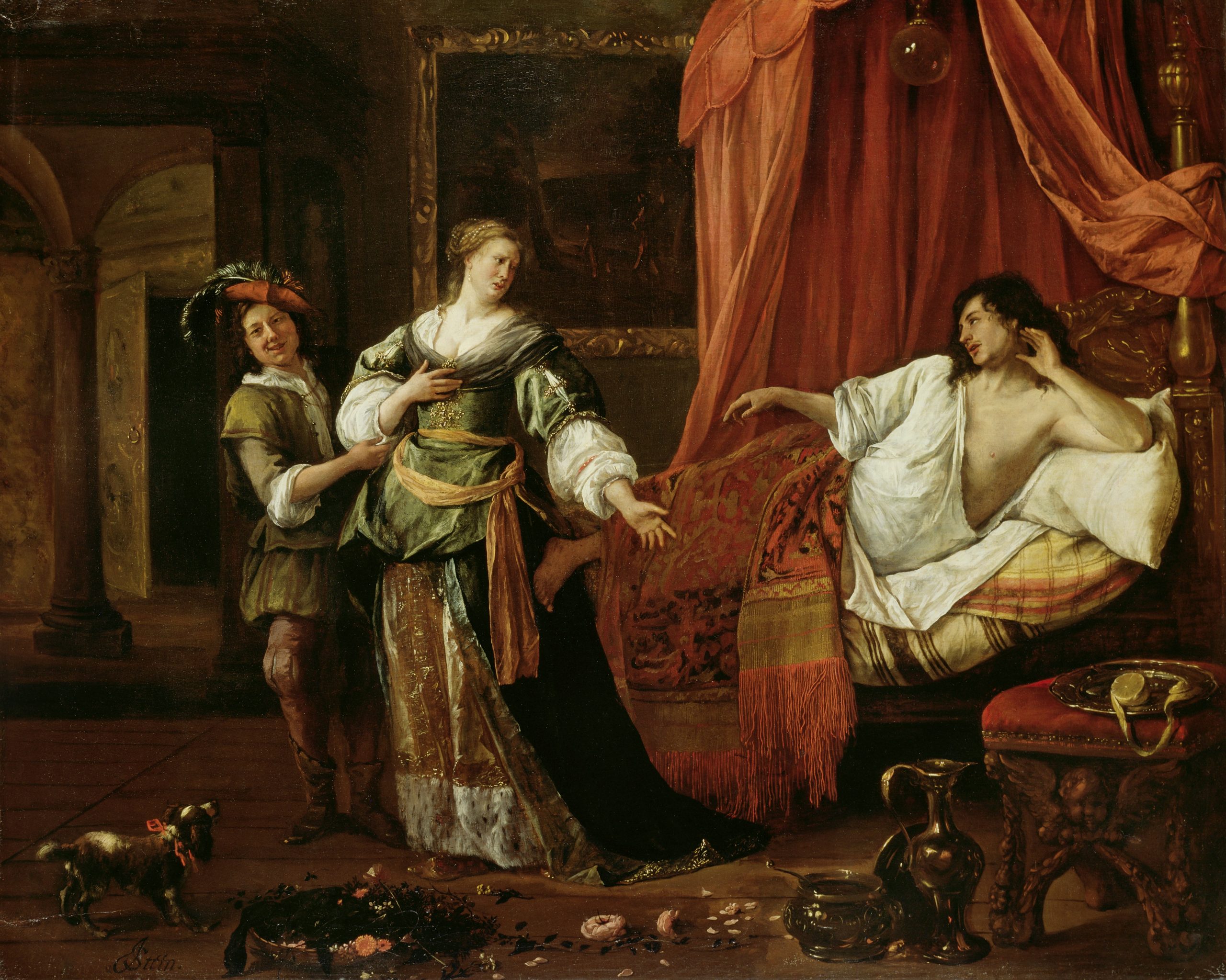 An elegant bedchamber is the scene of a family tragedy recounted in the Old Testament: Amnon, the son of King David, becomes infatuated with his half-sister Tamar. Feigning sickness, he has Tamar bring him fortifying sustenance, but goes on to rape her. The rose on the floor, stripped of its petals, is the mournful symbol of her lost virginity.

The painter shows us what happens next: Amnon’s infatuation turns to contempt. He roughly kicks Tamar out of his bed and orders the servant to take her away. As a grinning court jester, he comments on the event without pity.