Young Couple with a Parrot 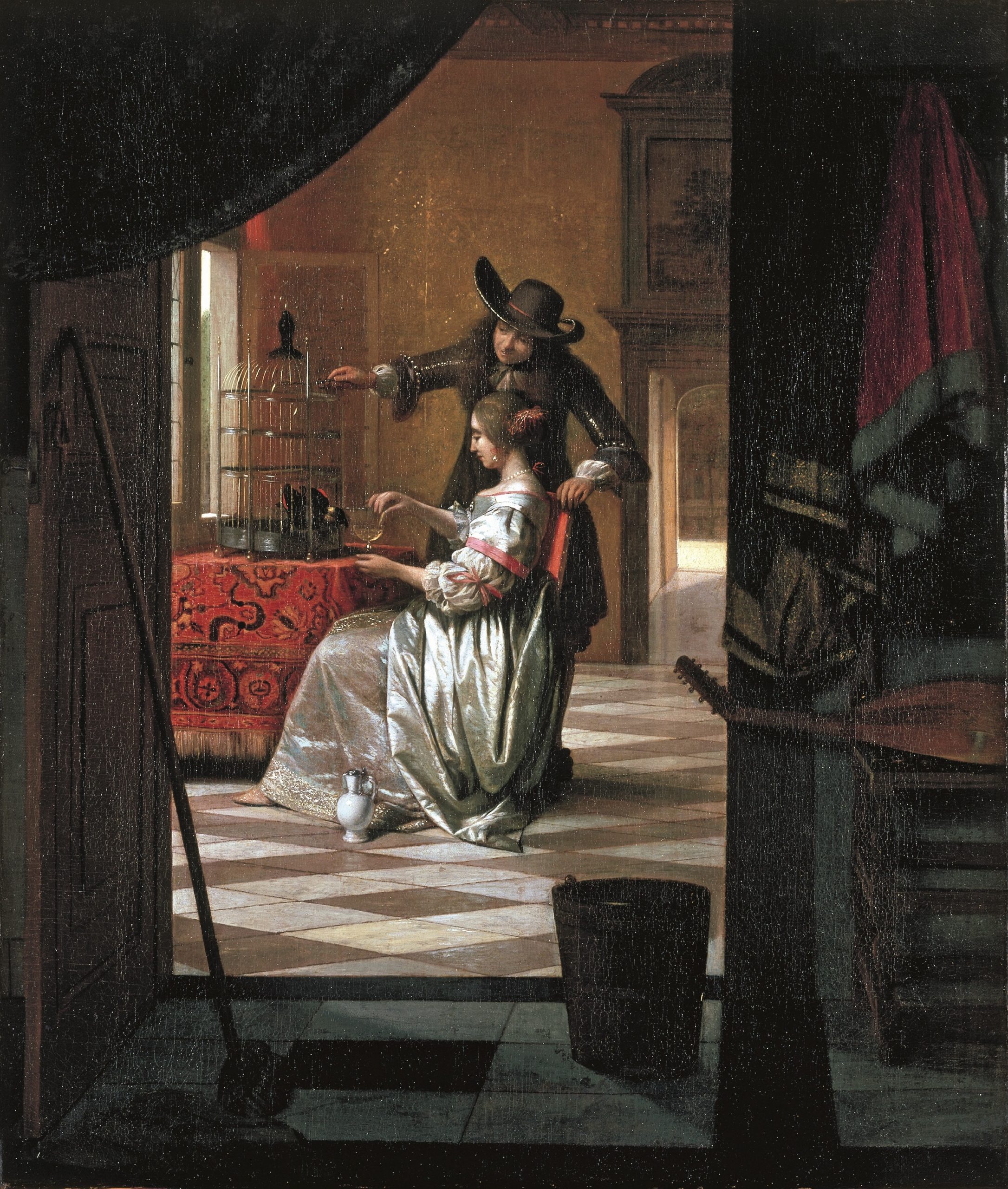 A cavalier opens the cage and the lady entices the parrot with a biscuit dunked in wine: an unmistakable allusion in the 17th century to physical love, apparent by the link between the Dutch word »vogelen« (birding) and having sex. Tempting the bird from its cage symbolised the danger of losing one’s virginity.

The painter skilfully places us as secret observers in the dark anteroom. He creates the perspectival illusion masterfully: we watch the rendezvous in the light-flooded reception room as if through a keyhole. A maid has left a bucket and broom behind on the threshold – an allusion to moral purity. Will she return and catch us spying on the couple?

There is also a moralizing undertone to the prosperity lavishly laid before our eyes. The gold-embossed leather wallpaper and exquisite stone floor of the interior, the oriental carpet and dazzling silk dress of the lady convey opulence and warn against vanity and excess. A parrot was also a luxury item. The yellow and red in its feathers suggest a yellow-crowned Amazon. Imported by the Dutch merchant fleet with other valuable colonial goods from the New World, it was a popular pet for the wealthy. From the mid-1650s, de Hooch worked in Delft, which was also home to the now much more famous artist Jan Vermeer van Delft, whose work shows the influence of de Hooch’s calm bourgeois interiors. In 1660/61 de Hooch moved to affluent Amsterdam in search of new customers and that’s where the Cologne painting was made.