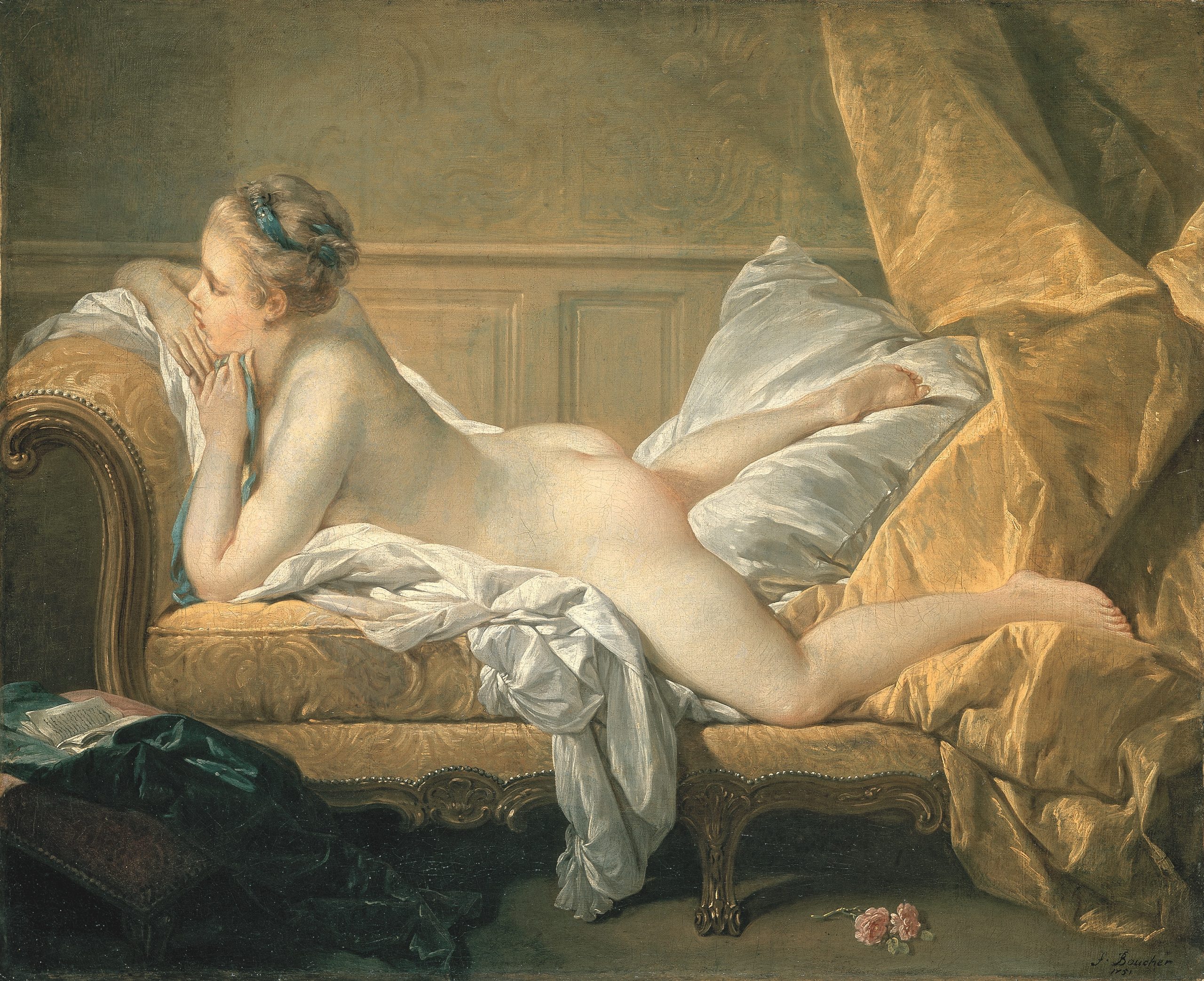 The name of the model who has made herself comfortable here on the sofa has been given to us by no lesser person than Casa-nova. She was Marie-Louise O’Murphy, born in 1737, who had begun work as a seamstress in Paris. The painter Boucher must have discovered her in 1751, because from then on she was employed as his model. Later she became the mistress of Louis XV.

Lying on her stomach with her legs gracefully bent, the naked girl is shown on a couch covered with a sumptuously patterned yellow fabric. This choice piece of furniture must have stood in the boudoir of one of the aristocratic palaces in Paris, leaving the pressing question as to whether the girl really came from there. She is looking with interest over the backrest of the couch, out of the picture. And if the viewer wonders what it is she is looking at, the picture’s intention has been achieved, because it is meant to awaken, not satisfy, our curiosity. This maintains the tension. Boucher did two versions of this motif. The other one is in the keeping of the Alte Pinakothek in Munich. And one of the two, although it is uncertain which, was actually bought from the painter by the Marquise de Pompadour.