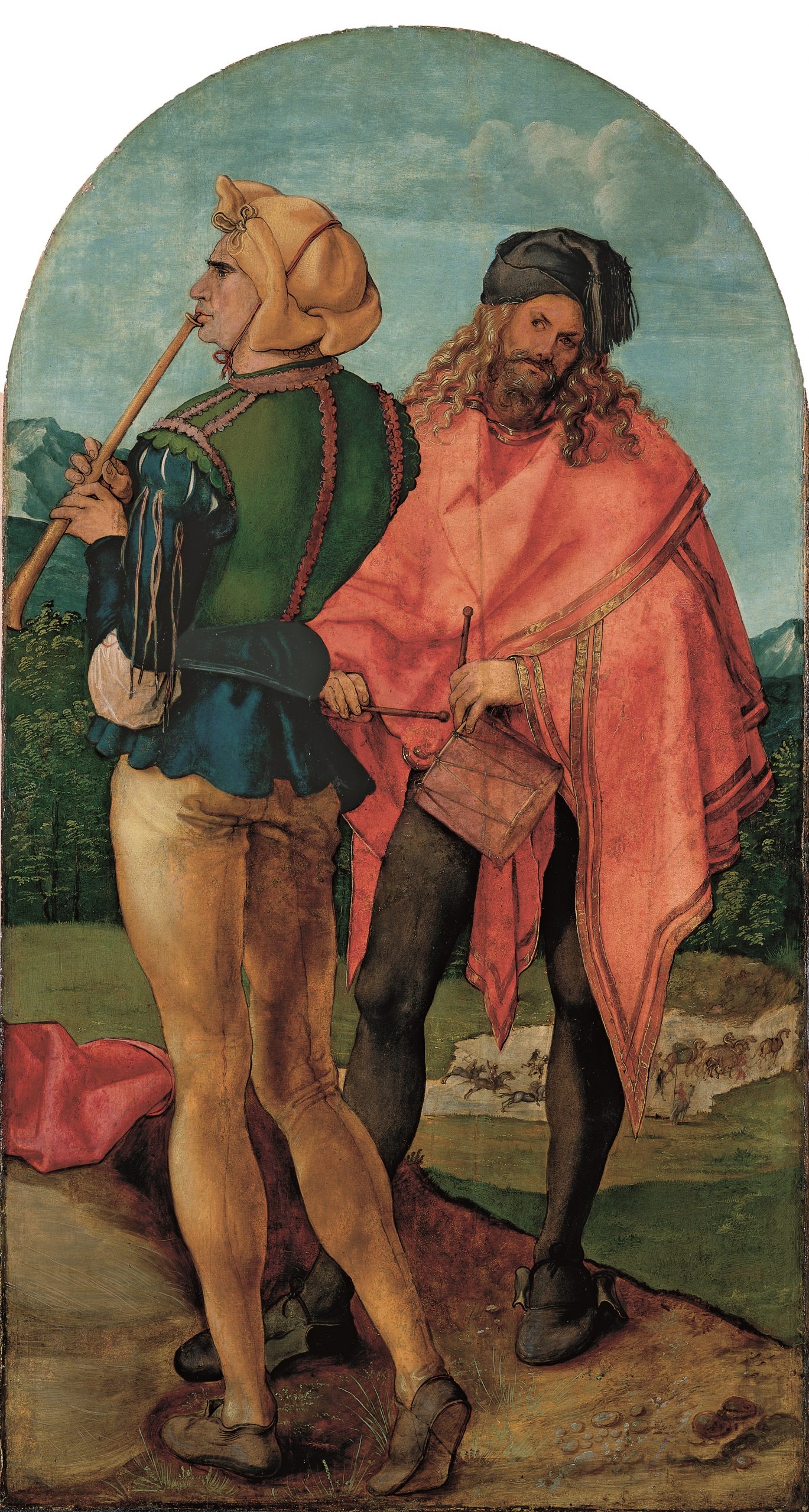 Who are these musicians playing to? This panel is the outer side of the righthand wing of a triptych and has a pendant (Frankfurt, Städel Museum): there one can see Job stricken by sickness and woe. His faith was put to a hard test by the Devil’s machinations. For instance, the herds that can be seen passing by were stolen from him.
The two musicians want to console Job in his sickness. The stirring sound of the flute and the rhythm of the drum were regarded as a particularly effective way to cheer people up. Interestingly, Dürer has given the drummer his own features. Did he see himself playing a similar role as a painter?