Triptych with the Adoration of the Shepherds 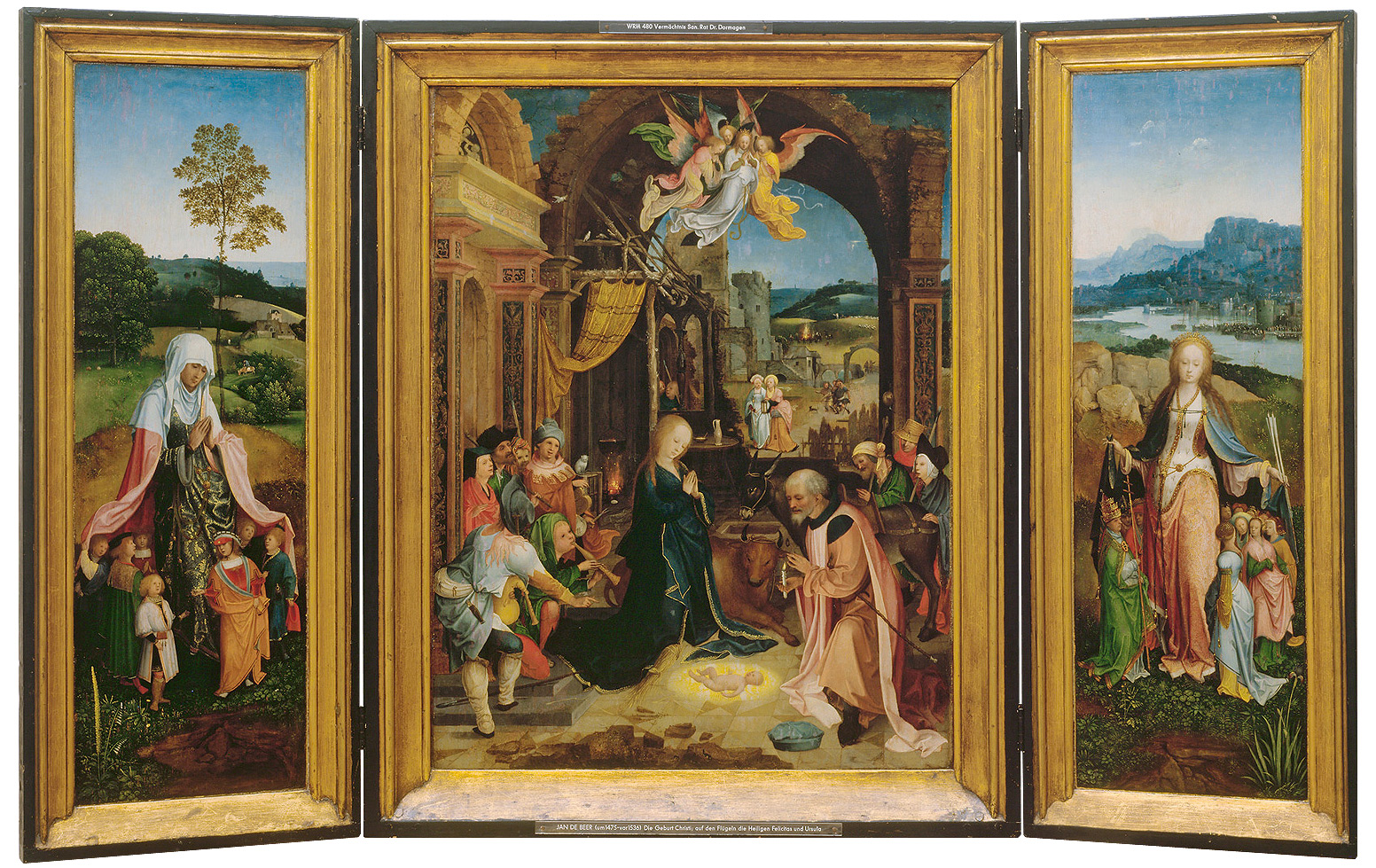 A Picture of Light

The symbolism of light plays an important part in Christianity: Christ is the light that shined in the darkness (John I, 5). The Antwerp painter Jan de Beer has focused on this topic and created a great many variations on it in the details: the absolute source of light is the newly born Christ child itself. All of the other lights – such as Joseph’s candle on the right, the fire in the hearth on the left, or the solstice fire far in the background – fail to have a shadow in the face of such effulgence. Note the tiny lizards on the bottom edge. According to ancient belief, if blinded the animals have their vision restored by the sight of the rising sun: an image of a person arriving at spiritual insight.

Jan de Beer shows us a number of other things that are symbolically connected with the birth of Jesus: the ruin, for instance, alludes to the palace of King David from whom Jesus was descended. The sheaf of grain between Mary and the child points to the place of birth, Beth-Lechem (house of bread) and to the host at communion. The »hole in the ground« on the lower edge recalls a tradition which relates that Christ was born in a cave-stable. Visible on the path in the background are two women: midwives whom Joseph had sent for. They arrive too late and can merely vouch for Mary’s virginity – a test that was actually undertaken by midwives at mediaeval court trials. Gathered around the holy family are a number of shepherds, whose simple clothes and musical instruments would have told the mediaeval viewer that they were from lowly circumstances. The visit of the shepherds to the new-born Christ is the actual topic of the central panel.