Portrait of a Prince 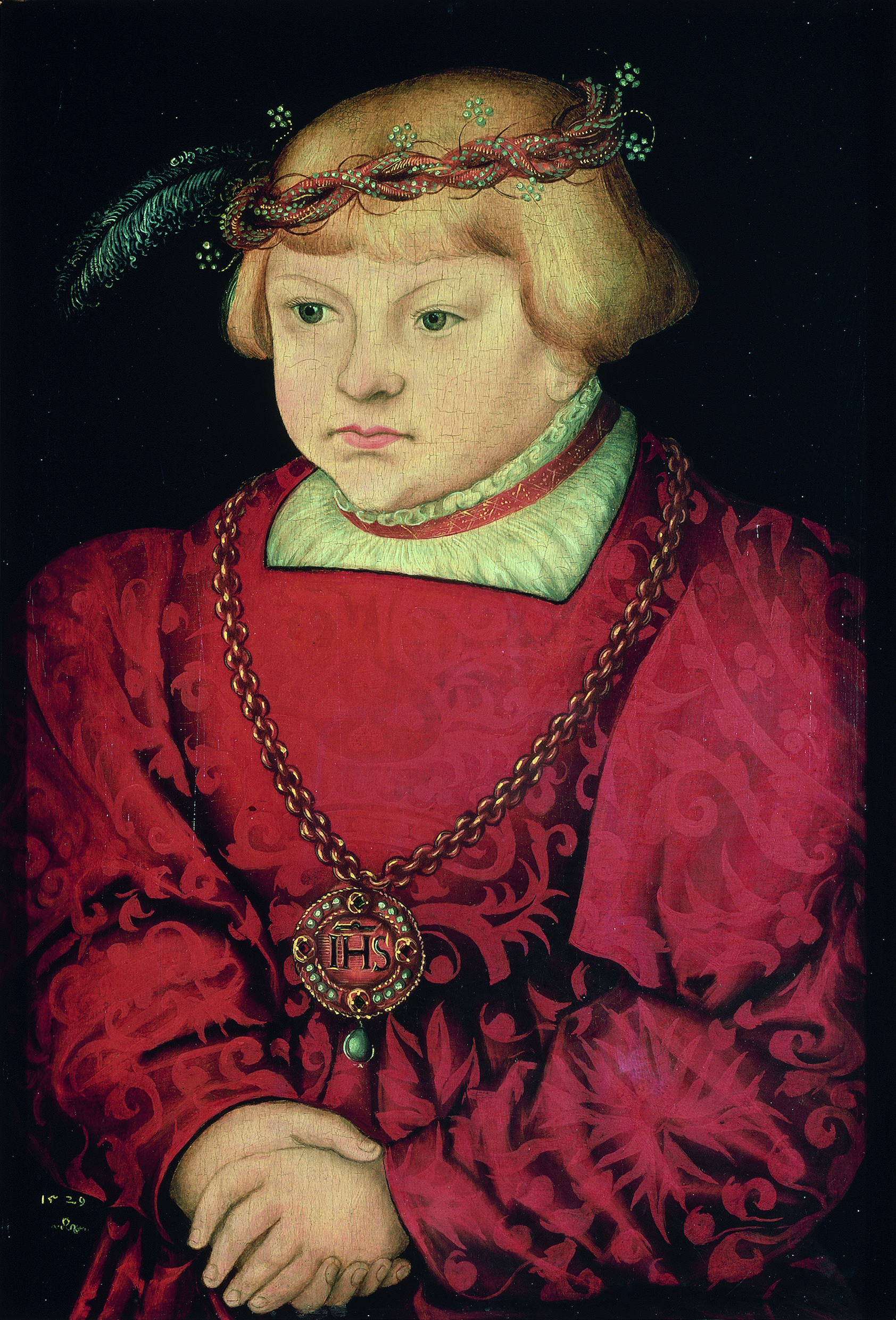 Johann Georg, son of the electoral prince Joachim II of Brandenburg, came from a good Catholic family. This can be seen from his medallion, which bears the monogram IHS for »Jesus«. The young prince was a mere four years old when he sat for his portrait. But he wouldn’t have caused any problems by fidgeting. A speedy drawing was made that served as the basis for the painting.

Evidently Lucas Cranach the Elder handed this important commission to his son Hans. In 1529 he would have been just 16 years old. Perhaps his father felt the teenager would get on better with the child than an adult would?