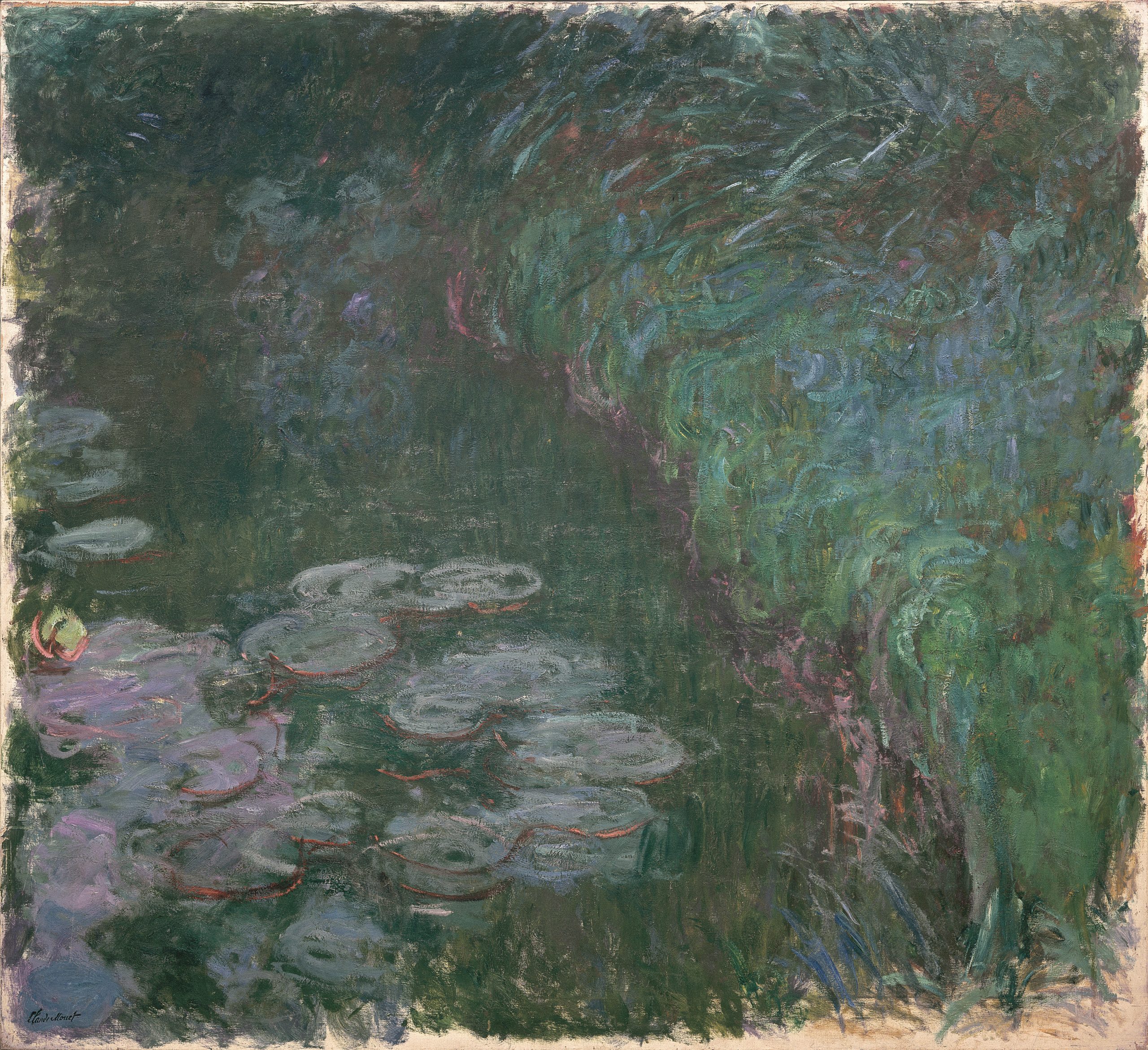 On the Road to Abstraction

During the 1880s and early 1890s, Monet created a large garden at his country residence in Giverny, which served as a place for him to paint. It is known that he painted several hundred versions of the lily pond and the vegetation on its bank – not because he was interested in the place itself, but because he wanted to capture all the subtle changes in colour and mood by the pond with the passing of the hours and seasons. Monet did not so much paint a pond as a form ever-varying colour spaces. The subject of the work was no more than excuse for depicting light and atmosphere.

Acquired 1980 with the help of the State of North Rhine Westphalia, the Kuratorium and the Förderergesellschaft Wallraf-Richartz-Museum/Museum Ludwig e.V.
WRM Dep. 377